Although you heard a thunderous crash, none of the people report having seen broken glass through the manor. However, when you lead the group to the main hall, you find Mr Verdana, the butler, staring concernedly at a disaster. The liquor cabinet in one of the rooms had fallen down, losing all of its contents to gravity. Expensive flasks of bourbon and gin lay in front of you, shattered. The transparent spirits mixed up with the coloured, forming a cloudy pool of pungent water that stretched to the centre of the room.

One bottle of wine, however, had fallen far further than any of the others. It dropped and rolled to the opposite end of the hall, where it splattered against a wall decorated with six paintings adorning the wall. One of them pictured Lord Roman holding a copy of Bellum Gallicum, a war memoir. Looking closely, you notice the stains appear to form a string of text. Could it mean something? 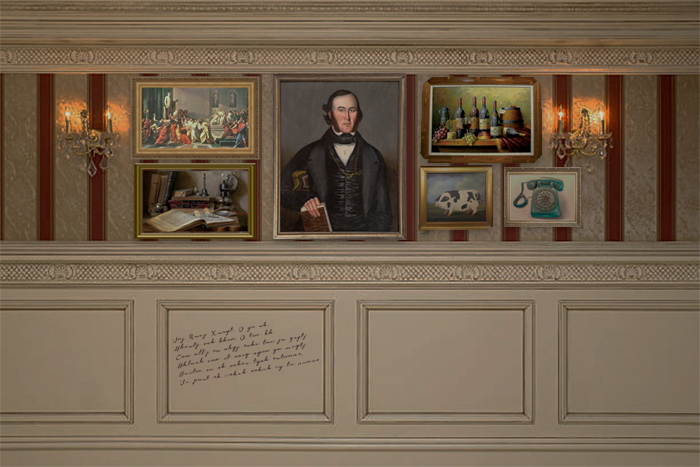